Last weekend a special bicycle race took place here in Upper Austria. It is called Kirschblütenrennen (cherry blossom race) and I think it is one of the oldest races still run in my region. 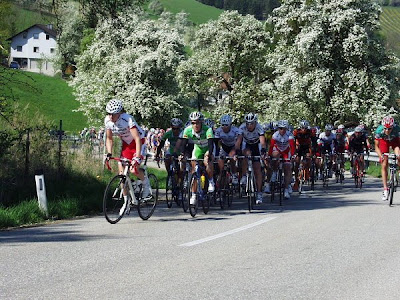 In 1984 it was the first bicycle race I had ever seen. I must admit that it didn't impress me much. I was rather bored by standing around at the road side, watching colorfully dressed men riding up a hill. Albeit it was a very steep hill, so what?

Years later, in my first season of bicycle racing, I happened to enter the race with the scope of experience of two or three races earlier that year, and I was ill-prepared for this one: To my surprise the hill had to be crossed twice. I fell back behind the peloton in the first climb and abandoned in the second. On Sunday I had a kind of flashback, especially when watching 12- to 15-year-old boys and girls merely flying up to the mountain standing with amazing speed. 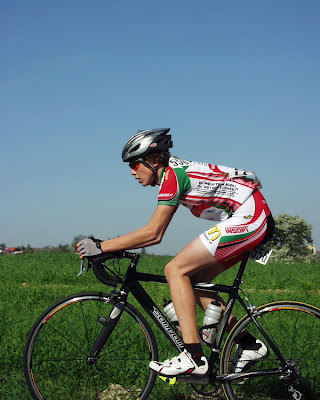